ad
Coronavirus: what are the symptoms of infection and how to protect you from it? 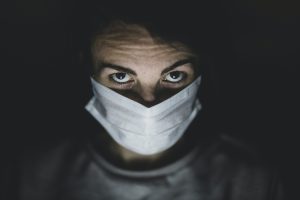 Doctors and scientists around the world are working to monitor, analyze and combat the emerging corona virus, yet we are still not aware of large aspects of it three months after it first appeared in China.

There are five basic questions that have not yet been answered with regard to the “Covid-19” virus and the resulting global epidemic, as follows:

Vary from person to person

There is a wide variation in the severity of the symptoms of the disease among patients with it, so why does the emerging corona virus cause only minor symptoms or until it appears asymptomatic in 80% of people with it, while some patients provoke pneumonia that causes them within days?

“Research conducted since last February shows that the clinical symptoms of this disease can be very differentiated,” says Liu Boon of the College of Medicine in Hong Kong.

A Chinese study revealed that people who exhibit severe symptoms are “much older” than those with a slight infection, and that the concentration of the virus in the samples extracted from the throat and nose survey is “about 60 times higher” than in other patient samples, is this caused by an immune response? Weakened by age, or as a result of an initial exposure to a higher amount of viruses?

Is the virus remains in the air?

The emerging corona virus is known to be transmitted through physical contact and through the respiratory system, and can be caught, for example, through saliva droplets that a sick person throws around him when he coughs.

But does the virus remain suspended in the air? “We cannot completely rule out the idea that the virus will be able to traverse a certain distance in the air,” responds to immunology and advisor to US President Donald Trump about the emerging Corona virus.

And an American study published in the “New England Journal of Medicine” showed that the new corona virus could survive in the laboratory for three hours in the form of particles suspended in the air. But it is not known whether this plays a role in the transmission of the disease. “Is the virus in our surroundings?”

Commented the head of the department of infectious diseases at Saint-Antoine Hospital in Paris, Karen Lacombe. Does it stay in the air or on the surfaces for a long time? “This is what we do not know. We know that we can find traces of the virus, but we do not know if this virus transmits the infection.”

Number of people infected with the virus

How many people are infected with the virus? This question applies to all of the Earth’s seven billion inhabitants. How many of them are infected with the virus? With the exception of a few countries that have rapidly adopted a policy of early detection through large-scale intensive screening campaigns such as South Korea and Germany, where half a million people can be examined a week, the known number of infected remains almost largely. For example, on March 17, the British government estimated the number of infections at 55,000, while fewer than 2,000 people were confirmed through screening tests. It is essential to find out exactly how widespread the epidemic is in order to isolate HIV carriers and provide them with good treatment. Again, it is important to monitor people who have been infected with the virus.

Is the virus affected by weather conditions?

Will the epidemic of «Covid-19» disappear with the improvement of the weather in the northern half of the earth and disappear with the return of the heat? Experts say this is possible, but it is not certain. Seasonal influenza viruses are more stable in cold and dry weather, which enhances their transmission.

A study conducted by university professors in Hong Kong showed that the SARS virus that invaded Asia in 2002-2003 caused the death of 774 people, and it is a strain of the currently spreading virus, which resists stronger in low temperatures and weak moisture ratios, and it is reasonable for some experts to assume that the two viruses have The same response to weather conditions, but a recent study at Harvard College of Medicine in Boston concluded that “changing weather conditions alone will not necessarily lead to a decrease in cases of COVID-19 without taking severe health measures.”

What is the secret of children?

Children remain much less likely than adults to be infected with the “COVID-19” epidemic, and if they develop symptoms, they are generally slight. Of the ten children who were infected with the emerging coronavirus, which were studied, none showed serious symptoms, and this is most evident in children who live with infected people, as they are two or three times less likely to become infected than adults. “There are many things that we do not know, and so we have to show a lot of humility,” said Karen Lacombe, summing up the situation.