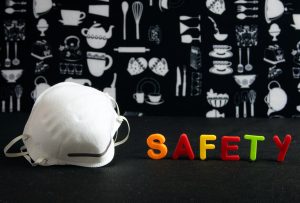 The aviation industry has been badly damaged, with aircraft declining, airlines cutting flights, and travelers canceling business and holiday reservations.

And governments around the world have imposed travel restrictions in an effort to contain the epidemic.

The European Union has banned entry for non-EU travelers for 30 days in an unprecedented move to close its borders due to the Corona epidemic.

In the United States, the administration of President Donald Trump has prevented travelers from European airports from entering American territory.

Data from Flight Radar 24 reveals that the number of commercial flights worldwide has been seriously affected.

In the 12 months that ended last September, about 415,000 Chinese visited Britain, according to Visit Britain.

Chinese travelers spend three times the amount of any visitor or other tourist in Britain, an average of 1680 pounds per visit.

Outside the decline, stores and online delivery services recorded significant growth in demand, as consumers tended to store goods, especially toilet paper, rice, and orange juice, with continued warnings of extended isolation and the growing epidemic.

The effect of the closure is evident

In order to stop the spread of the new Corona epidemic, many countries of the world have started taking very strict measures. A strict ban and closure was imposed on countries and capitals, which led to a total cessation of the industrial production giants.

As a result of the reduced traffic, the European Space Agency recorded a significant decrease in pollution in the European sky.

The new images clearly show how carbon emissions have skyrocketed in major cities across Europe, especially Paris, Milan and Madrid.

An unprecedented collapse in smart phone sales amid the “Corona” crisis

In China, where the new Corona epidemic Covid-19 first appeared, industrial production, sales and investment declined in the first two months of this year, compared to the same period in 2019.

China accounts for a third of manufacturing worldwide, and is the world’s largest exporter of goods.

The stringent measures affected the supply chain for major companies such as JCB Industrial Equipment Manufacturer and Automobile Production Company.

Stores and car dealerships saw a clear drop in demand.

For example, Chinese auto sales fell 86 percent in February, and companies like Tesla or Geely have now gone online to sell cars as customers move away from the showrooms.

Even “safer” investments have been affected

When a crisis occurs, investors often choose less risky investments. Gold is traditionally considered a “safe haven” for investing in times of uncertainty and turmoil.

But even the price of gold fell briefly in March, and investors feared a global recession.

Likewise, oil has fallen to prices not seen in the markets since June 2001.

Investors fear that the unlimited spread of the epidemic will hit the global economy and demand for oil.

And oil prices were already suffering because of the dispute between OPEC and Russia. The epidemic caused a new drop in prices.

If the economy is growing, this generally means more wealth and more new jobs.

Economic growth can be measured by observing the percentage change in GDP, or the value of goods and services produced, usually within three months or a year.

And there are warnings that the global economy will experience the largest decline in growth since the 2009 financial crisis, according to the Organization for Economic Cooperation and Development (OECD).

She also said that the outbreak of the disease “for a longer and more intense period” could reduce global growth to 1.5 percent in 2020 due to factories suspending activity and workers remaining at home in an attempt to contain the virus.