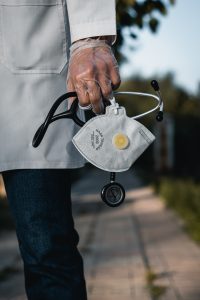 The Corona virus creates a confusion in which the confused with the Nobel, the scientific truth is lost in the circulation of a huge amount of inaccurate information. On this topic, we summarize the latest scientific research and evaluation of experts and health authorities in Germany.

How dangerous is the Corona virus?

The Robert Koch Institute described the emerging danger of the Corona virus to the health of Germans as “moderate.” The reason for this is because the course of the disease is often normal and does not take severe forms. However, it is different for the elderly or people suffering from previous diseases. In this case, the disease can take on critical forms that sometimes lead to death.

What is the true ability of the virus to kill?

In fact, researchers have not yet been able to accurately estimate the ability of the deadly virus. Robert Koch Institute assumes that 2 percent of every 100 infected people die from the virus. In the epicenter of the first epidemic (Hubei Province, China), the Chinese authorities indicated 2.9 percent, but many German experts consider this figure to be overrated. The reason is that statistics often do not take into account people with little or no symptoms. Thus, the media-circulating ratio on critical cases that lead to death is exaggerated. The German virologist Christian Drosten considers that the actual percentage is less than 0.7 percent. However, reliable and final numbers will only be available in a few months.

What is the epidemiological strength of the virus and its ability to spread?

The emerging coronavirus has the ability to reproduce in the upper respiratory tract, a fact that has made researchers raise the degree of their ability to infection and spread, contrary to what they initially believed. According to current studies, every person can transmit the infection to other people at a rate of 2 to 4.5 percent. According to Christian Drosten, five to ten percent of people who have contact with an infected person are infected. Consequently, the emerging coronavirus is 10 to 20 times more infected, compared to the SARS virus that caused a global epidemic between 2002/2003.

According to the Robert Koch Institute,  any person who, within at least 15 minutes, who is near an infected person, is considered a person who is in contact with an infected person. Experts believe that about 60 percent of the total population could theoretically be infected with the new Corona virus, and only then will a sufficient number of people be immune to the new virus. Because once you get it first, you can’t usually get it again. 60 percent is a theoretical proportion in which a sufficient number of people enjoy immunity. Only then will the new virus be able to continue spreading. According to Patrick Heinfeld, the science editor for the German media network SWR, that the scenario of hitting 60 percent of the population may be realistic.

Can the virus be infected again?

After infection with the virus for the first time, the immune system can interact more quickly with the second infection and form the appropriate antibodies. Thus, in principle, the virus cannot be infected again. But if the virus mutates too much, it can be infected again. Influenza viruses are constantly changing and changing, so new vaccines must be developed every year.