ad
Tips for women with normal skin in the summer

America uses a French test to detect corona in 45 minutes

America uses a French test to detect corona in 45 minutes 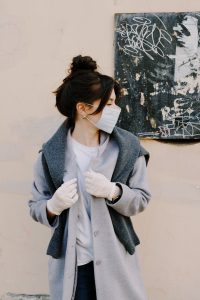 A Chinese research published by researchers at the universities of Be-hang and Tsinghua in China revealed that “the emergence of the emerging corona virus can be mitigated in warmer and humid climates.”

According to the researchers, “high temperatures and high relative humidity greatly reduce transmission of the Corona virus.”

The researchers emphasized that “every increase by one degree Celsius in temperature, and an increase in humidity by 1%, contribute to reducing the reproductive number of the virus by 0.0383 and 0.0224, respectively.”

The scientists explained that «the influenza virus is more stable in cold temperatures, and that the respiratory droplets that act as viral containers, remain portable in the air for a longer period in dry air, and that cold and dry weather weakens immunity. As humidity increases, the volume of viral droplets dropping from the air increases faster, providing less opportunity for others to capture.

The English newspaper “Daily Mail” confirmed that infection with the Corona virus by approaching a person with the virus is more dangerous than indirect infection, that is, by touching a surface infected with the virus.

The newspaper added that the reason is due to the so-called “viral load”, which is the number of viruses that enter the human body when infected, which is often many when approaching an infected person, which makes the task of the body’s immune system in fighting the virus very difficult.

Therefore, their doctors are the most vulnerable to serious symptoms, because they deal with many patients, and they are exposed to large quantities of the virus by breathing the infected person in their face.

The newspaper also pointed out that the clergy are among the people most at risk of serious symptoms, because they deal with many people, pointing out that more than 120 doctors and clergymen have died in Italy due to infection of the new Corona virus.

Prof. Wendy Barclay, the disease expert at Imperial College London, said, “It is all about the size of the armies on both sides of the battle, as it is difficult for our immune army to confront a large army of viruses.”

He added that the way in which the infected virus turned into a potential danger for transmission to others is to multiply quickly once inside the body and configure it in large numbers so that it takes weeks for the body to destroy them all, and that this process is inevitable once a person is infected by another person.

In turn, Dr. Wendy Barclay said the best thing to do to avoid getting infected with a large virus is to stay away from others.

He added that the viral load would be higher if someone coughed in your face directly than if it were two meters away and the viruses spread in the air, so people should stay away from others, especially if they cough or sneeze.

He noted that wearing gloves, washing hands and avoiding touching her face could protect people from catching viruses in public places.