Did he really grow up in China? US official questions “Corona’s origin”

Did he really grow up in China? US official questions “Corona’s origin” 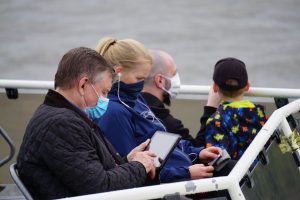 Within a few weeks, the global economy’s picture changed by the new Corona virus (Covid-19) pandemic. The change came as a storm with growth rates, as indicated by the IMF estimates shown in the graph below. There are other indications that the coming months will witness an increase in unemployment rates, bankruptcy of many companies, especially in the sectors of tourism, aviation and small industries, faltering in the global trade movement, a shake in the financial sector, and an accumulation of debts. This shock came without warning, beginning in China, and ending with the rapid spread in most countries of the world. Because the virus has no treatment or vaccine yet, as of the writing of this article, it has infected more than 827,000 people, and claimed more than 40,000 lives (WHO data on April 2, 2020).

In front of this tsunami, it is only natural that many questions will surface. Among these questions is what revolves around the different aspects of this crisis from its previous crises, and the timing of the breakdown of its cloud, and finally, on how to get out of it with minimal damage to life first, and economic losses second.

In an attempt to answer, let us first agree that this crisis is not like any of the crises of recent decades. It is not a faction of the economic cycles through which the world capitalist economy periodically passes, from slowing to recovery, and vice versa. Nor is it the result of an economic imbalance in a particular sector, or in a specific country, such as the financial crisis that began in the real estate sector in America in 2008. Finally, despite its similarity to other crises caused by viruses from the Corona family, such as SARS, it differs in ferocity. Its rapid spread, and perhaps even more deadly. Perhaps for this reason, it has been accompanied by a great deal of panic, which has severely affected the global economy, on both sides of supply and demand. On the supply side, the need for social distancing caused workers to remain in their homes, the suspension of flights, the closure of schools and universities, social clubs, cafes and restaurants, and the difficulty in obtaining production components in light of global production intertwining. The inevitable result was production decline in a large number of sectors, which were not compensated by attempts to adapt to work and distance learning. On the demand side, the virus hit the level of aggregate demand atrophy as a result of low consumption spending due to weak purchasing power, low investment spending due to uncertainty, and the closure of goods and services export markets due to transportation problems. Concern also contributed to the postponement of the decisions to buy commodities, especially the old ones, and the decisions to invest in new projects, pending the clearing of the cloud. In addition to all this, supply and demand interactions contributed to deepening the crisis, and the urgent question now is: When will the cloud clear?

It is difficult to answer precisely this question, because the answer depends on the efforts of governments to limit the spread of the virus, the cooperation of citizens and their compliance with preventive measures, the readiness of the health system in each country, and the effectiveness of government reforms to remedy the crisis and mitigate its economic effects. Add to these factors another factor, which is the difficulty in predicting the timing of the onset of a crisis if the forecast is based on what we see before us at a particular moment. To illustrate this point, the virus curve is known to go through a red-like cycle in the diagram below; It starts to spread at low levels, then the infection rate rises rapidly until it reaches its peak, then it begins to decrease. In the first stage, it is easy to underestimate the effect of the virus on the economy (the green line), and in the ascending phase it is easy to overestimate its effect (the blue line). The result of the above is that predicting the timing of the crises in the short term is very difficult, but it is certain that it will begin to crumble when a virus treatment and vaccine is discovered within a year from now. The problem is: What can be done in the meantime to get out of the crisis with minimal damage?